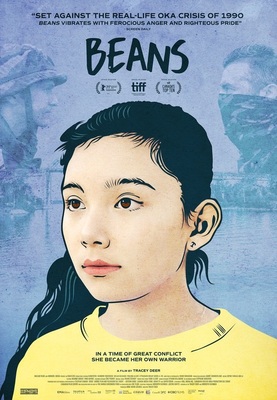 "Based on true events, Tracey Deer's debut feature chronicles the 78-day standoff between two Mohawk communities and government forces in 1990 in Quebec."

Anishinabek News
Published by the Union of Ontario Indians.

APTN News
Aboriginal Peoples Television Network (APTN) is a Canadian television network that provides programming made by, for and about Indigenous Peoples and issues.

Nunatsiaq News
Weekly newspaper published since 1973 that serves Nunavut and the Nunavik region of northern Quebec. For additional Inuit media sources see Caninuit, a list of newspapers and newsletters compiled by Trent University.

Wawatay News
Ontario's First Nation Voice since 1974. The Wawatay Native Communications Society serves the communication needs of First Nations people and communities of Nishnawbe Aski Nation through the distribution of a monthly newspaper, daily radio programming, television production services and a multimedia website that seeks to preserve and enhance Indigenous languages and cultures in northern Ontario.

“In its final report, Canada’s Truth and Reconciliation Commission underlined the critical role of culture in expanding our understanding of ourselves and our history, exposing truths and laying the groundwork for renewed relationships between Indigenous and non‐Indigenous Canadians: ‘Creative expression can play a vital role in this national reconciliation, providing alternative voices, vehicles and venues for expressing historical truths and present hopes.’” - National Film Board of Canada

Access to current Canadian news content with archives as far back as the 1970s, from over 360 news sources. Newspapers including The Globe and Mail and Toronto Star along with newswires and broadcast transcripts in full-text format.

Access to today's newspapers from around the world in full-color, full-page format. More than 2,000 American, Canadian and international papers from 100 countries in 56 languages.