MUSC 386: Research and Bibliography in Ethnomusicology 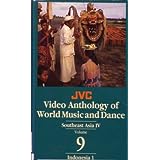 Now converted to streaming format for use at Queen's! (Requires latest version of Adobe Flash Player)

The JVC video anthology of world music and dance, is a series of 30 DVDs presenting examples of music and dance from many parts of the world. Check "Details" in Omni to see the contents.

Access from off-campus to streaming resources provided for the Queen's community requires use of the web proxy.

NFB.ca: National Film Board Videos Online: Over 1000 NFB films are free to all Canadians, but Queen's Library community also has an additional account giving access to 3,000 films for classrooms.

There are many other multimedia resources (books with CDs, LPs, CDs, VHS, DVDs) that are accessible in the library:

The JVC/ Smithsonian Folkways video anthology of music and dance of Europe (Ask at Circulation Desk for videos nos. 307-308)

The JVC/Smithsonian Folkways video anthology of music and dance of the Americas (Ask at Circulation Desk for DVD09-002, v. 1-6: contents listed on Omni under call number: ML3549 .J83 2005)