In 1842, the Canadian government established the Geological Survey of Canada (GSC). The mission of the GSC was to map Canada’s geology, with the goal of producing its mineral resources. The information collected by geologists and engineers over the past 1

From the GSC's 175 Objects Project, see the 1842 Letter of Recommendation that led to William Logan's appointment as the first Director of the GSC.

These are the original reports of the Geological Survey of Canada.  First published 1845 (for work in 1843).  The title changed to "Annual Reports" in 1885.  These documents are currently being digitized for the GEOSCAN database.

Published from 1845-1884.  No volume numbers. Published in English and French.

Example: Report of Progress for the year 1843.

The title reads: Message from His Excellency the Governor General, with reports ona a geological survey of the Province of Canada.  Published in English and French, Montreal, 1845.

It contains the following reports: 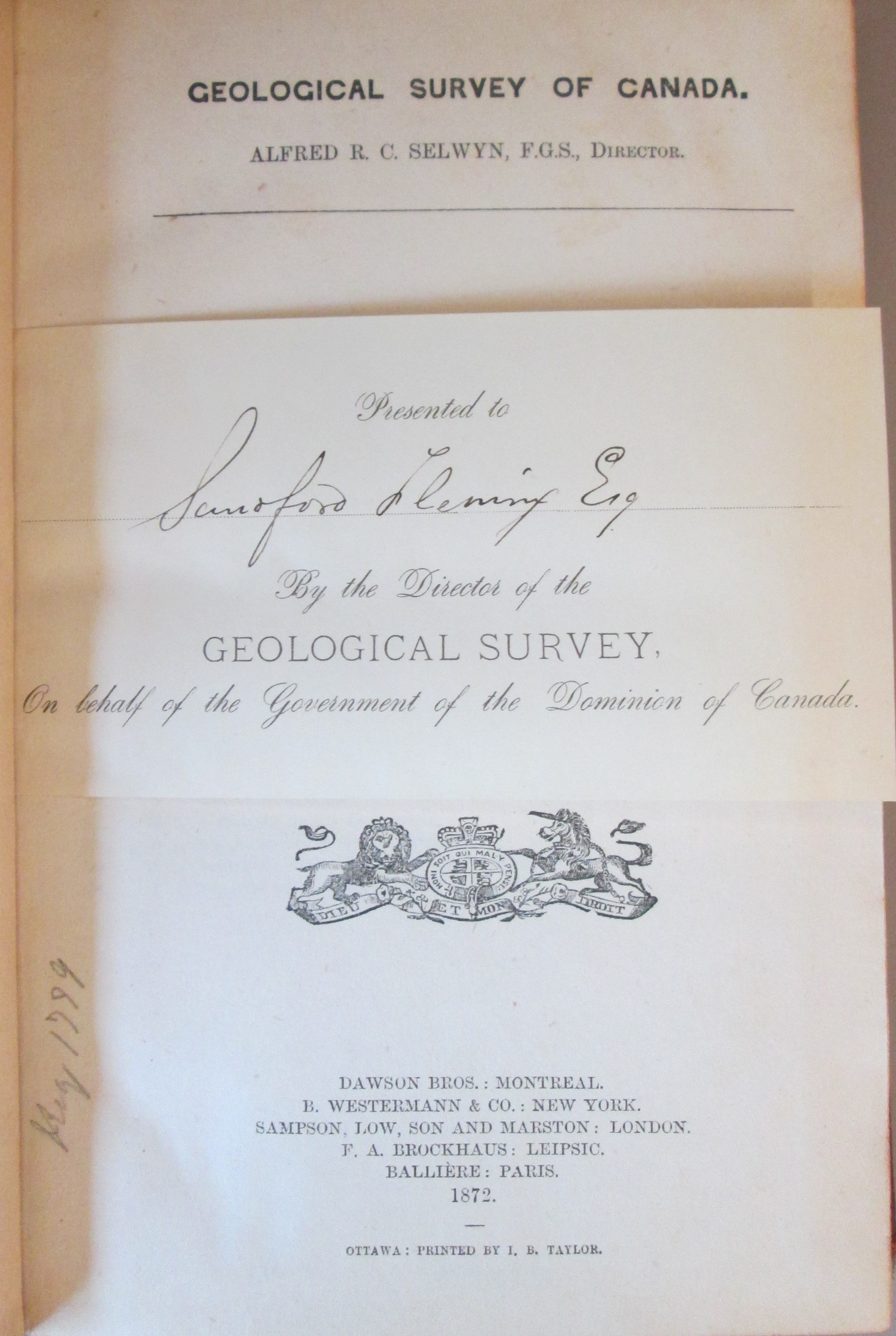