In order to establish a reliable basis for taxing property in 19th century Ireland, a countrywide valuation of property was conducted from the mid 1840s through the mid 1860s. This valuation was entitled the General Valuation of Rateable Property in Ireland and was carried out by the commissioner of valuation, Richard Griffith.

Griffith's Valuation is one of the most important sources for genealogists researching family histories of the Irish. Referencing more than one million who occupied property in Ireland between 1848 and 1864, the valuation serves as a detailed guide to where in Ireland people lived and what property they possessed.

Griffith's Valuation does not list every person who lived in Ireland in the 1840s-1860s. Rather, it lists only the householder, or that person recognized as the principal owner, renter, or lessee of a house or property.

Griffith's Valuation is fully searchable online, free of charge on the Ask About Ireland website. 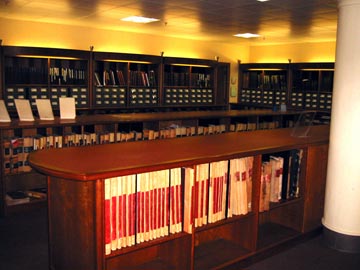