This guide will assist you to find plays in the library, both online and in print.

For a specific play or playwright/dramatist, search Omni by doing a title or author search. The library might have the dramatist's complete works or selections.

Find other sources listed in Omni by searching subject headings, for example:

Use a play index to identify plays and monologues. Then search Omni to see if it's in our collection.
American Drama to 1900
REF Z1231 .D7M45
Part I: lists critical and historical sources
Part II: lists 34 significant dramatists of the time
For each playwright, major plays, plays published separately and in anthologies or collections, biography, and criticism are given. Includes author, title, and subject indexes.
The Drama Scholars' Index to Plays and Filmscripts: A Guide to Plays and Filmstrips in Selected Anthologies, Serials, and Periodicals
REF Z5781 .S17 (2 vols)
Index to Full Length Plays, 1895-1925 and Index to Full Length Plays, 1926-1944
REF PN6112.5 .Z99 I7
Indexes plays first published in English during these years. Includes separate author, title and subject indexes.
Index to Full Length Plays, 1944-1964
REF PN6112.5 .Z99 I72
Companion to the two volumes above. Indexes full-length plays first published during these years. Lists some adaptations of classic plays. Indexed by author, subject and title.
Index to Plays, 1800-1926
REF PN6112.5 .Z99 F5
Indexes over 11,000 plays by 3,500 playwrights. Both English and American plays and English translations of foreign language plays are included.
Index to Plays in Periodicals
REF Z5781 .K43
Indexes thousands of plays in over two hundred periodicals, by playwright or title through 1972.
Inter-Play: an On-Line Index to Plays in Collections, Anthologies and Periodicals
Provides access to the locations of printed plays in collections, anthologies and periodicals published since the late nineteenth century through the current year. "Contains approximately 19,000 citations to plays, many of which are not included in the standard play indexes such as Ottemiller's Index to Plays in Collections or the Play Index."
Ottemiller's Index to Plays in Collections: an Author and Title Index to Plays Appearing in Collections Between 1900 and 1985
REF Z5781 .O8 1988
Play Index
PN6112.5 .Z99 P5 1949-1997 (Compact Shelving)
Indexes plays from antiquity to the present.
Playdatabase.com : Find the Script that Fits
Plays in Periodicals: an Index to English language Scripts in Twentieth Century Journals
REF PN6112.5 .Z99 P3
Indexes more than 4,000 plays in 97 journals during the time period 1900-1968.
Finding Monologues
The following sources provide indexes to monologues. you can also try searching Omni by adding the word "monologues" as one of your search terms.
women and monologues
Actors Guide to Monologues: an Index of 700 Monologues from Classical & Modern Plays for Auditions & Classwork
PN4321 .G86 1974
Indexes monologues from published plays and is arranged by sex and age.
Guide to Monologues, Men: an Index of over 800 Monologues from Classical and Modern Plays
REF PN2080 .G84 1988
Guide to Monologues, Women: an Index of over 800 Monologues from Classical and Modern Plays
REF PN2080 .G85 1988
An Index to Monologs and Dialogs
PN4305 .M6 I64 1949
1/2/3/4 for the Show: a Guide to Small-Cast One Act Plays
REF Z5781 .H46 1995t
Two volume set outlines intent, viewpoint, and audience, followed by a detailed introduction to alphabetical, cross-referenced indexes to one-act plays for as many as four characters.
The Smith and Kraus Monologue Index
REF PN2080 .S6 1999
2600 monologues have been indexed by various categories. 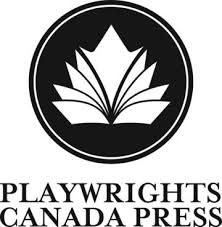