Access from off-campus to streaming resources provided for the Queen's community requires use of the web proxy.  If the link does not work from here, go to the library homepage, click on Databases, and type the name of the database.

There are many other multimedia resources (books with CDs, LPs, CDs, VHS, DVDs) that are accessible in the library. Search Omni using a Boolean search string and adding the terms (video* OR disc OR sound), or limit to Resource Type Audio Visual or Videos. 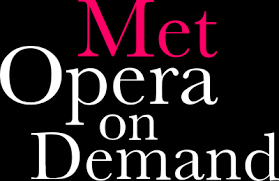